Samuel Cipers is a PhD Researcher in the Centre for Digitalization, Democracy and Innovation of the Brussels School of Governance. Previously he worked as a project researcher at the same centre after graduating from the University of Ghent in September 2021.

His research focusses on how political discontent in Europe and North-America is voiced on the internet and social media, with a special focus on online (political) disinformation and conspiracy theories. Samuel’s other research interests include: modern political philosophy, Discourse analysis and critical studies, especially concerning mindfulness and new age, and information -/ cyber warfare.

Tough luck if you’re in BELUX? Platform responses to disinformation in Belgium and Luxembourg 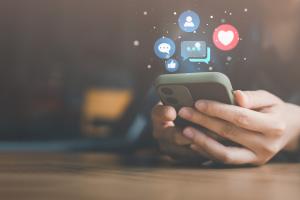 What is political? The uncoordinated efforts of social media platforms on political advertising.

Policy Brief - Tough luck if you’re in BELUX? Platform responses to disinformation in Belgium and Luxembourg

Digital democracies in peril: a post-structuralist lens on disinformation and individual agency online