Dr. Lisanne Groen is an Associate Fellow at the Brussels School of Governance. She focuses on low carbon technology transfer and EU & international climate change, energy and biodiversity policy. Lisanne obtained a BA in European Studies from the University of Amsterdam (2007) and a MSc in Political Science (cum laude) (programme: “European Union in a Global Order”) from the University of Amsterdam, Graduate School of Social Sciences in 2010. She obtained her PhD in political science on 13 October 2016. From November 2016 until November 2018, she worked in Tokyo, Japan, as a JSPS-UNU postdoctoral researcher, on ‘European low carbon technology transfer policies’ at the United Nations University Institute for the Advanced Study of Sustainability (UNU-IAS). After her graduation she worked as a research assistant of Prof. Dr. Arne Niemann (University of Mainz), as a research intern at the IES (for the Environment and Sustainable Development cluster) and as a trainee at the European Commission (DG Agriculture: International Unit (Canada, United States, Japan, South Korea, Australia, New Zealand) on Free Trade Agreements).

Lisanne joined the IES in April 2012 as a junior researcher in the Environment and Sustainable Development cluster. She worked on a PhD project funded by the Flemish Research Foundation FWO, entitled: “Understanding the Changing Effectiveness of the European Union in International Biodiversity and Climate Change Governance”. In January 2015 she was awarded a grant by the European International Studies Association (EISA) to organise a Young Researchers' Workshop on the EU in multilateral negotiations. Lisanne received the UACES Prize for Best PhD Thesis in Contemporary European Studies 2017.

Hardening and softening of multilateral climate governance towards the Paris Agreement 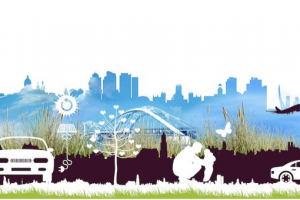 Building on experience: Connecting people for a sustainable urban future

The Eu’s representation at the un climate negotiations post-Lisbon: How secrecy seeps in. 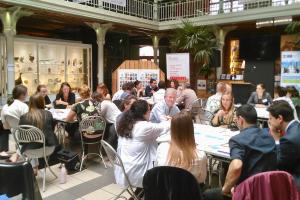 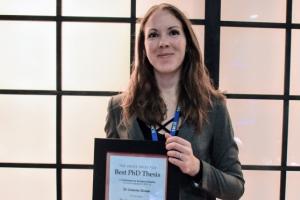