Fọláṣadé is a PhD Researcher in the Migration, Diversity and Justice Research Centre at the Brussels School of Governance. She is also a member of VUB’s RHEA Centre of Expertise on Gender, Diversity and Intersectionality as well as the Brussels Interdisciplinary Research Centre for Migration and Minorities (BIRMM). In her comparative study of black activism in Europe, Fọláṣadé assesses their consequences. In doing so, she seeks to explain movement outcomes and enrich the understanding of political consequences of social movements.

She has worked at Humboldt University’s department Diversity and Social Conflict as well as at Deutsches Zentrum fuer Integrations- und Migrationsforschung | DeZIM e.V (German Institute for Migration and Integration Studies). Building up on her experience working for black grassroots organisations, she regularly consulted civil society organisations on the German and European level on issues touching upon intersectionality and racism in particular. 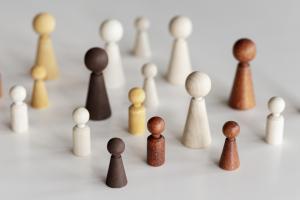 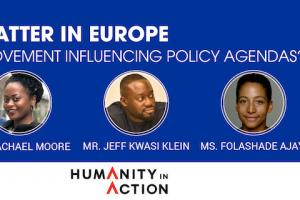