An Industry Action Plan for a more competitive, sustainable and strategic European Union

Industry in Europe is faced with an unprecedented number of new challenges and megatrends, from a slowdown in global trade to digital disruption and climate change. In a fast-changing world, industry remains the backbone of the European economy, delivering high-quality jobs, innovation and world-class companies. Thus, to stay ahead of the curve and retain its competitive edge, the EU must embrace change and renew its industrial strategy.

There is growing momentum for a revived EU industrial strategy. EU leaders have called on the European Commission to present a new “long-term vision” for the EU’s industrial future by the end of 2019. Commission President-elect Ursula von der Leyen has pledged

to put forward a new industrial strategy as part of a “European Green Deal”. Several member states have also been vocal on the need for a gear change in the EU’s approach, including the much-debated calls from France and Germany to modernise EU competition policy and support the creation of ‘European champions’, as well
as others underlining the well-functioning of the Single Market as the basis for competitiveness.

European industry is therefore set to become a priority for the upcoming Commission, with important cross-cutting implications for major portfolios such as “The European Green Deal”, “A Europe fit for the Digital Age”, “An Economy that Works for People” and “A Stronger Europe in the World”. It is important, however, that a renewed industrial strategy recognises all of these diverse goals and can be translated into a concrete, actionable plan at the EU level, with a clear governance structure.

This Issue Paper argues that in renewing its industrial strategy, the EU should put in place an ‘Industry Action

Plan’, complete with new policy tools and concrete industrial initiatives. Beyond mainstreaming industrial competitiveness across policy areas, an Action Plan should provide a more holistic and policy-oriented approach, with a vision towards 2030 that focuses on competitiveness, sustainability and strategic autonomy.

Firstly, to ensure that the European industry remains competitive, the EU should aim to play a stronger role
in global value chains, with a higher value-added. Secondly, the EU must create the conditions for the European industry, as well as the products and services it provides, to become sustainable and thus contribute to achieving the Sustainable Development Goals and climate-neutrality in alignment with the United Nation’s Paris Agreement. European industry should become fully climate-neutral by 2050 and seize the opportunity to become a global leader in sustainable and circular business models. Finally, an Industry Action Plan should contribute to achieving greater strategic autonomy for Europe by better responding to distorted competition and levering market power, and moving towards more technological sovereignty. Europe should mobilise all the tools at its disposal to become a global leader in developing digital technologies that address the societal, environmental and health challenges of today. 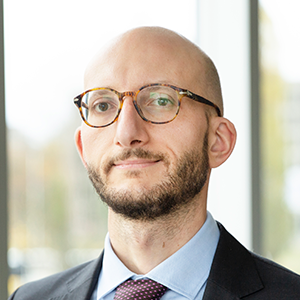