A year after the first summit between US President Donald Trump and North Korean leader Kim Jong-Un, little has changed in the strategic situation in Korea. The North has retained its nuclear weapons, missiles, and forward conventional force structure, while the US has similarly given up nothing substantial. The Korean status quo is deeply enduring and not simply subject to presidential whim. The stalemate is due to both sides’ refusal to make genuinely painful concessions. The US has repeatedly demand complete, verifiable, irreversible disarmament upfront for vague future guarantees. The North will not foolishly do that, but Pyongyang’s offers have been similarly fanciful. Engagement boosters will argue that talks curtailed war in 2017 and are progress in themselves. But Trump ginned up that crisis unnecessarily, and talking to the North is just process not substance. On substance, very little has changed since Trump entered office, no matter the war-threats of 2017 and flattery of 2018. This will persist as long the political and strategic gaps between the two sides are enormous. It would be better to resume talks at the expert working level to forge small, manageable deals in the place of all-or-nothing summits. 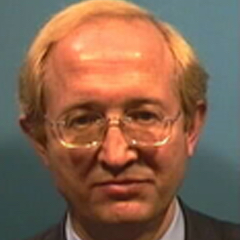