Rusty Guns and Buttery Soldiers: The Effect of Unemployment on Transatlantic Defense Spending

Becker, Jordan. "Rusty Guns and Buttery Soldiers: The Effect of Unemployment on Personnel Expenditures Among NATO and EU Member States." (Under Review and available in draft form at SSRN)

Scholarship on the relationships between key macroeconomic variables and defense investment is divided on both the appropriate level of aggregation for such analysis, and the direction of causality between macroeconomic variables and defense investment. Both NATO and the EU, through the European Defence Agency (EDA) have established formal or informal targets for categories of defense expenditures, indicating the policy importance of disaggregation. I argue that states respond to increasing unemployment not necessarily by changing what they spend on defense, but by allocating more existing defense resources to personnel, which has a direct effect on employment, rather than equipment or other expenditures, which would have only an indirect effect, if any at all. I find evidence in support of this argument by using shocks in the residential real estate markets of the states in question as an instrument for unemployment. I find that when states experience increases in unemployment, they move resources toward personnel and away from other categories of defense expenditures, namely equipment, operations, and infrastructure. Aggregated defense spending data hides the possible use of military expenditures as an economic stabilizer. 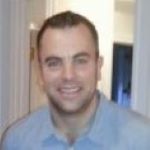