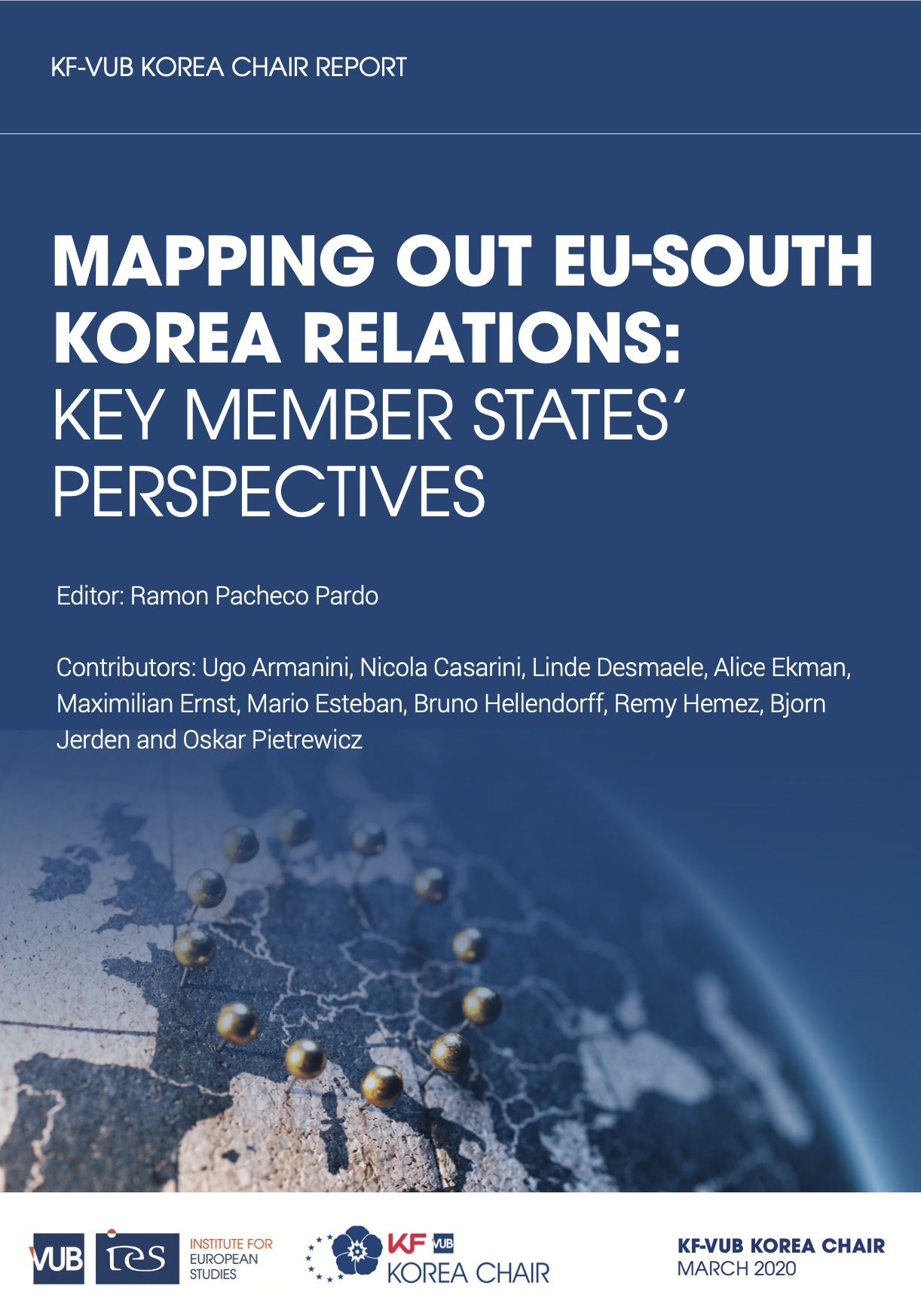 What is the perspective of key EU member states towards South Korea? While EU- South Korea relations have attracted growing attention in recent years, the relationship between key EU member states and the Asian country remains underexplored. This report addresses this omission by describing and analysing the recent evolution of the relationship between Belgium, France, Germany, Italy, Spain, Poland and Sweden, on the one hand, and South Korea on the other. The report covers the areas of economic relations, security relations, bilateral relations and North Korea, and cultural relations.

The report shows that there is a clear trend towards greater cooperation between key EU member states and South Korea. This trend holds regardless of who is in power in South Korea, with the report covering the second half of the Lee Myung-bak government, the whole Park Geun-hye government, and the first half of the Moon Jae-in government. The trend also holds regardless of the type of government in the EU member states analysed.