Getting Back to Singapore, US-North Korea Relations on the Anniversary of the First Trump-Kim Summit

If Singapore opened the door to real progress, why do we find ourselves, a year later, seemingly stuck once again in the all-too-familiar quagmire of frustrating negotiations with North Korea? Since Singapore, Trump frequently comes back to the refrain of doing a deal with Kim, and when he talks about “the relationship”, he refers to his personal relationship with Kim Jong-un. For Kim Jong-un, on the other hand, the relationship in need of transformation is not with the person of Donald Trump, but with the United States of America. Kim has to look beyond Trump and beyond a “deal”. Trump is trying to negotiate what is, essentially, a business deal whereby the United States buys out North Korea’s nukes, at an acceptable cost, by leveraging the pressure of sanctions and promise of foreign investment. But Kim is not looking for a deal in that sense. Kim is trying to navigate a new relationship wherein the United States views and treats North Korea as a friend. Changing the relationship takes time—it cannot be done in a meeting or two. 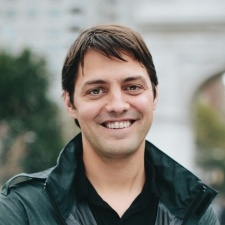