The art of commitments: NATO, the EU, and the interplay between law and politics within Europe’s collective defence architecture

Law and politics are the two constituent parts of a collective defence architecture. In Europe, such an architecture currently rests on a series of legal commitments: NATO’s mutual defence clause (Art.5 of the North Atlantic Treaty), but also the EU mutual assistance clause (Art.42.7 TEU) and the EU solidarity clause (Art.222 TFEU). Many asymmetries exist, however, between those legal clauses: they are often overlapping but not always identical with respect to their respective conditions of activation, territorial scopes, binding strengths, and modalities of implementation. Because of those legal asymmetries as well as prevailing political realities, there are many obstacles in fact to a clear-cut division of labour within Europe’s collective defence architecture between NATO and the EU. In Europe, collective defence should thus not be apprehended as a uniform task but rather as the art of balancing multiple legal and political constrains, come what may. 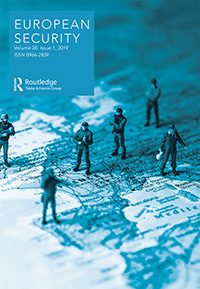