As Coronavirus (and the disease caused by it, COVID-19) spreads throughout the globe, reported cases of racial slurs and violent attacks have risen dramatically. Some victims have been harassed verbally or physically on the streets or in public transports; others were prohibited from going to schools or workplaces. Many victims, wearing face masks or not, shared their experiences of being stigmatized and discriminated against because the perpetrators associated this disease with race, or a certain group of people who are perceived as carriers of the virus. Since this disease started in Wuhan China, Chinese people bear the brunt of prejudice and racism, as well as other East Asians.

As we can see in history, whenever there is a pandemic, there will be stigma. The Ebola outbreak in 2014 has contributed to the already existing stereotypes and racism towards people of West-African origins. Similarly, the SARS outbreak in 2003 propagate the fear of the unknown virus and thus anti-Chinese racism. Besides the racial discrimination caused because of the pandemic outbreak, we have also witnessed religious discrimination fueled by incidents such as 9/11. After the 9/11 attacks, there have been increased misconceptions about and discrimination against Muslims. Can we just ignore racism and deem it as normal because history repeats itself? The answer is absolutely not. We should face and tackle this issue rather than deny or ignore it.

Racism has always existed, but the Coronavirus has exposed and amplified covert racism. Racism (brought up by Coronavirus) and political discourse interact with each other. On the one hand, labelling encourages xenophobia and stigmatization. On the other hand, racist and xenophobic discourse (exploited by populist or right-wing parties) incite anti-immigrant sentiment. Racism has been exacerbated by the improper wordings of the Coronavirus by some politicians. US President Donald Trump politicized the virus and called the Coronavirus the “Chinese virus” in a news conference. Facing the criticism (that this term was racist) from the reporters, he defended this labelling by saying that “It comes from China. It’s not racist at all.” This approach by Trump may be part of the “blame game” between China and the US. However, what should be pointed out is that no matter what his intention is, the labelling of Coronavirus as the “Chinese virus” has potentially put Chinese or even East Asians at the risk of being prejudiced and excluded.

Moreover, the victims of the recent wave of racism evoked by COVID-19 have not only been immigrants, but also second/third/later generations. The Coronavirus outbreak has intensified racism in the western multicultural societies, and the virus has been wielded as an excuse to overtly promote racism. Ethnic minorities are regarded as the alien other who cannot be integrated and who are not part of the society. Chinese and East Asians have always been imagined as the oriental other and the potential danger and threat, which can be demonstrated by the idea of “Yellow Peril” or the “Péril Jaune” that serves to exclude the non-white other and emphasize the identity of being white. The term has resurfaced once again in the present wave of racism against East Asians. The old and new forms of racism reinforce each other. This exclusion of East Asians will push them to embrace their ethnic identity or a pan-Asian identity, which is contrary to what the host society wants: the “integration” of immigrants and their descendants. The impact on the identity and integration is subtle but will be long-term, which demands our attention.

At this moment, what we should be concerned about is addressing the current pandemic, saving lives, and taking measures to rebuild the economy. A global crisis requires global solidarity which is of the utmost significance. We should combat the virus, and meanwhile we should combat racism triggered by the virus. Some people may rationalize racism as the fear of the unknown, or simply ignorance. This mentality foments racism, not eliminate it. Toleration of such racism only encourages it. Therefore, racists’ intolerance towards others should not be tolerated. We cannot let racism tear us apart; we should instead pull together to fight against the virus and racism. When we look back, what we need to remember is that all mankind has overcome a crisis collectively. The legacy of the Coronavirus should be our unanimous efforts to contain the pandemic, not the hatred towards each other. 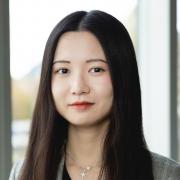