Even the most optimistic and Europhile observers have to acknowledge that the European Union is going through difficult times on many fronts at the moment and that relations between the Member States can be tense. Trust that other Member States are behaving as they should is often lacking. In July 2017, Council Directive 2017/1371, related to the protection of the European Union’s financial interests, was adopted. This Directive specifically states that severe VAT fraud involving amounts of EUR 10 million or more should be duly prosecuted and sanctioned, which means that this was not always the case in all of the Member States and that action was therefore needed to protect EU revenue. In May 2018, the European Commission submitted a Proposal for a Regulation on the protection of the EU budget in the case of generalized deficiencies as regards the rule of law in the Member States, which means that several Member States have strong reasons to believe that the rule of law is not always complied with in all Member States. One possible sanction is the suspension of EU funding and other commitments, which would be an extremely sensitive political decision (this so-called “policy conditionality” will also be included in future budgetary rules). These developments in law are only two examples that tend to confirm that relations between the Member States are currently not at their best and that trust is in short supply. 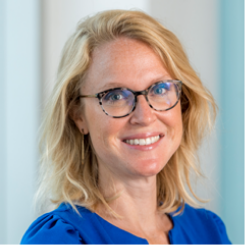