(De)regulating automation: the rise of credit scoring and market-led banking in the UK and Germany

AI and other forms of automation are causing a shift into a more capital-intensive form of capitalism. Many scholars have suggested that we can best understand this process as the cost-efficient substitution of labour by capital in routine tasks based on relative factor costs. However, this model, which has cast firms as endlessly chasing the productivity frontier, has not paid sufficient attention to cross-national divergences in technological changes. This paper builds a comparative historical case study tracing the divergent introduction of credit scoring in British and German bank branches to argue that the introduction of credit scoring was a result of a policy-led process in both countries. Increased liberalisation of financial market institutions benefitted the rise of market-led banking which fundamentally changed the business model of banks resulting in a devaluation of the services provided by branch managers. This case suggests we need to think about the role of politics and policy within our, often deterministic, models of labour-saving technological change. 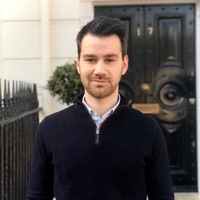