Africa is a continent which has longed suffered from exploitation, slavery, immersed poverty, and prejudice. European exploration and colonization contributed to the pedalling of a negative image, persisting even after the emergence of new independent African states. Moreover, in recent memory Africa has also been known as the host of several deadly diseases such as HIV & AIDS, Malaria and Ebola. This revisionism of the continent has made it look weak, dissolute and punitively staggering, despite the continent possessing some of the earliest and advance civilization such that of Timbuktu in Mali, beautiful landscape and wildlife and some of the earliest universities, notably University of Al Quarauiyine (859 AD), Al-Azhar University which was established around 970 AD. Now the COVID-19 pandemic has once again put a spotlight on the continent. Since the early days of the outbreak the world led by the World Health Organization (WHO) projected Africa could be hit the hardest. As reported by BBC in its usual grand style of pandemonium headline: “Coronavirus: Africa could be the next epicenter, WHO warns”, while France 24’s headline read: “Vulnerable continent: Africa and the coronavirus”. Instead of bringing to light some of the incredible stories of the African continent’s effort in containing the virus, the WHO and global media instead took interests in causing psychological fear, instead of promoting cooperation and solidarity with the embattled continent.

Yet there are many success stories and positive stories coming from throughout the continent. One such story is the activism response by Gambians to contain, as well as minimize the economic damage expected from the COVID-19 epidemic. Not only did Gambians and civil society engaged in sensitization awareness and community outreach, there have also been online campaign to raise funds for needy families to help them with basic needs such bag of rice, oil and many other essential items. This online campaign is championed by Gambians in the diaspora as it also includes contributions from both home and abroad. Moreover, a group of volunteers Gambians on the ground have helped to coordinate the distribution of food items. A GoFundMe campaign was launched and a Facebook page called “Gambia National Fundraiser for COVID-19”, was created to amplify the call for donations. At the moment and as indicated on the GoFundMe campaign has been able to raise over 49, 000 U.S. dollars. One of the key figures who took part in this campaign and distribution is the current Lead Counsel of the ongoing Truth, Reconciliation, Reparation and Commission (TRRC). This shows the high level of solidarity and participation from all walks of Gambian society. The Gambia is one of the poorest countries in the world and such interventions will have a huge impact. Therefore, there is a need for collaborative support from Gambians both home and abroad to help in every possible ways.

Another example of success story is the West African country of Senegal. With a population of 16 million Senegal has been assiduously working hard to bring to light its contribution to fight the coronavirus. While joining the rest of the world in the race to halting the spread of the virus, however, little attention is paid to its innovation to create as cheap as $1 test kit. If successful, this testing kit will be able to detect in 10 minutes both current and/or previous infection via antigens in saliva or antibodies. Senegal is able to do this thanks to its previous preparedness in tackling AIDS and Ebola. Additionally, in Madagascar has opened new treatment centers for COVID-19, and 1,000 additional oxygen concentrators will be donated to hospitals and health centers to combat the pandemic.

It is fair to also highlight the successes stories coming out of the African continent. The negative and subjective bias towards the continent is yet again being challenged by strong solidarity Africans have shown towards one another, such as the Gambia National Fundraiser for COVID-19, innovation in Senegal to create test kit as cheap as $1and Madagascar infrastructure innovations. All these successes stories deserve headlines to bolster the continent’s image and their great strive in tackling the ongoing pandemic. 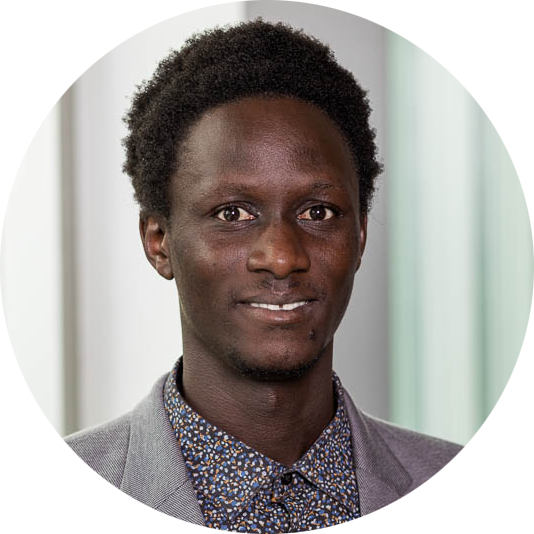