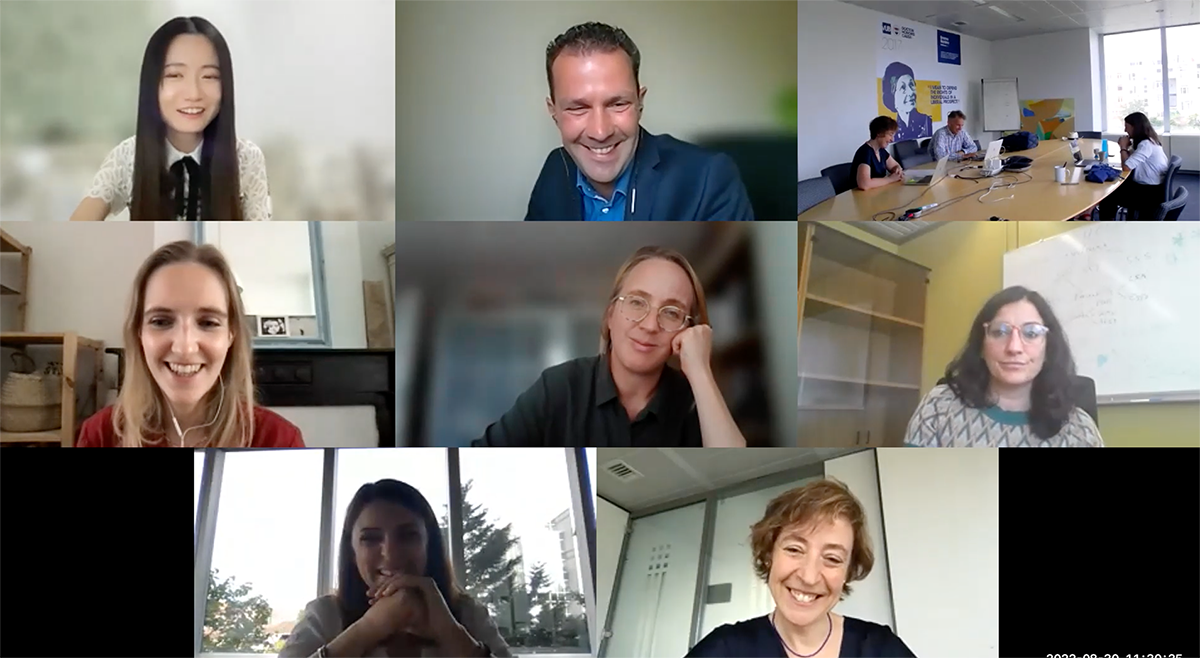 We are pleased to announce that on 30 August 2022, Yijia Huang successfully defended her PhD thesis entitled: “The effects of identity on political and civic participation”.

The PhD defence started with a welcome note by the Chair, Prof. Florian Trauner (Brussels School of Governance). After her presentation, Yijia answered questions from the jury which consisted of Prof. Géraldine André, Prof. Rebecca Thys, Dr. Laura Westerveen, and Prof. Jonas Lefevere. After that, Yijia's PhD Promotors Prof. Ilke Adam and Dr. Serena D’Agostino (Brussels School of Governance, VUB) gave a speech reflecting on their excellent collaboration with Yijia over the years. Finally, the PhD defence was concluded by Yijia's speech in which she thanked her supervisors, members of the jury, family and friends, for their support.

The Brussels School of Governance would like to congratulate Dr Yijia Huang on this wonderful achievement. Below you can read more about her PhD thesis.

My case-study concerns Moroccan Belgian college/university youth. I conducted 37 semi-structured interviews in the Brussels-Capital Region, Flanders, and Wallonia. Belgium is a good case study because of its long history of immigration, as well as the with-country differences regarding identities, policies and political contexts.

My results show that among the respondents’ multiple identities, the ‘reassuring and inclusive’ Muslim identity is of prime significance in influencing their political and civic participation. Feeling unrepresented in formal politics (e.g., voting), the respondents are turning to informal political activities (e.g., protest) and civic activities (e.g., volunteering and donating). The data demonstrate that the respondents’ various identities can mobilize their participation through three mechanisms: the mechanisms of ‘shared grievances’, ‘countering the stigma’ and ‘(intrinsic) religious driver’. First, when the respondents feel the shared grievances and perceived discrimination as ethnic and religious minorities in Belgium, their motivation to engage politically and civically is often driven by the desire to improve their underprivileged position. Second, the negative representations of Islam and Muslims can stimulate young Muslims to be engaged civically to ‘build a good image of Muslims’, as an active response to the stigmas imposed upon them by the majority society. Third, the ‘(intrinsic) religious driver’, including the religious attachment to the Ummah and Islamic ethical values, also encourages Muslim youth to be involved in society politically and civically. Whilst the first mechanism (i.e., ‘shared grievances’) was also observed by other scholars who studied the link between immigrant or minority youth’s political participation and identity, this was less so for the second and third mechanisms (i.e., ‘countering the stigma’ and ‘religious driver’). My findings particularly contribute to the literature on the relationship between minority groups’ identity and their political and civic participation by highlighting the mobilizing effects of minorities’ identities, especially the Muslim identity, on their informal political activities and civic activities through the three above-discussed mechanisms detected in the empirical data.