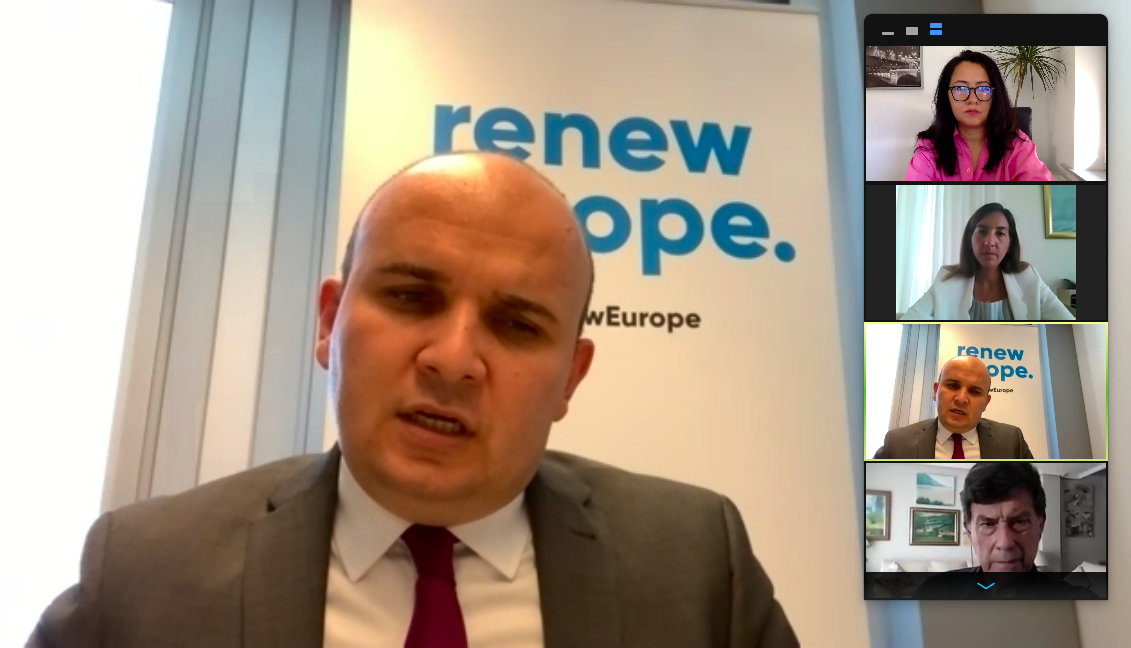 The BSoG's Centre for Digitalisation, Democracy, and Innovation (CD2I)​, together with the European Parliament co-organized a webinar: The Road to the Future of Europe: The Role of Youth in the Future of Europe Conference. Mr. Ilhan Kyuchyuk – Member of European Parliament from Renew Europe Group was the keynote speaker in this webinar. He focused on highlighting the role of youth in creating the future and the mechanisms made available by the Conference on the Future of Europe for young people who want to get engaged. He highlighted that if Europe wants to remain as an important geopolitical actor in the world, it needs to reform its institutions and continuously engage with its youth. Mr. Kyuchyuk concluded by emphasizing the role of Universities and other higher educational institutions in contributing with the youth engagement.

The event was led by Mrs. Ipek Tekdemir, Political Adviser from the European Parliament. Participants asked many pressing questions related to the engagement of youth as well as current political situation between EU and its neighboring countries. The discussion was moderated by Dr. Munira Aminova.