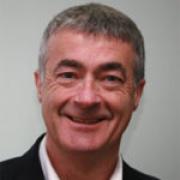 Peter McKiernan, University of Strathclyde and Distinguished Professor in Management at Brussels School of Governance, has been awarded the Cooper Medal for Outstanding Contribution and Leadership at the British Academy of Management (BAM). The Medal was inaugurated in 2018 and named in honour of the Academy’s founding president, Professor Sir Cary Cooper. It is awarded for a ‘sustained and significant contribution to the development of the Academy by a member.’

Professor McKiernan was nominated for his leadership of the academic community as a researcher, for his university administration including as Head of Departments and School Dean. He was also recognised as twice elected Dean of the BAM Fellows College and for his work with the Responsible Research in Business and Management (RRBM) initiative, which he co-founded in 2016. The Cooper Medal and Certificate were presented to him at BAM’s annual conference in Manchester.

Professor McKiernan has been teaching at the Brussels School of Governance, and in particular its member Vesalius College, since 2017. He currently teaches the Scenario Thinking course in the BA in Global Business and Entrepreneurship.