On October 14 and 15 the Delegation of the European Union (EU) to the Republic of Korea (ROK) hosted the Model European Union (MEU) 2021, a simulation of the Council of the European Union. The event was co-hosted by the three Jean Monnet EU Centres of Hankuk University of Foreign Studies (HUFS), Yonsei University and of Korea University.
The simulation of the Council of the European Union took place with 39 talented students from 16 universities across South Korea playing the roles of two EU Commission representatives, 27 national ministers for health of the 27 Member States of the EU, 4 journalists and more interested parties.
Prof. Tercovich designed the simulation, as well as the online training programme attended by students in preparation for the simulation.
The MEU 2021 simulation is part of the EU Policy and Outreach Partnership (EUPOP) in the Republic of Korea projects.
A press release of the event is available here. 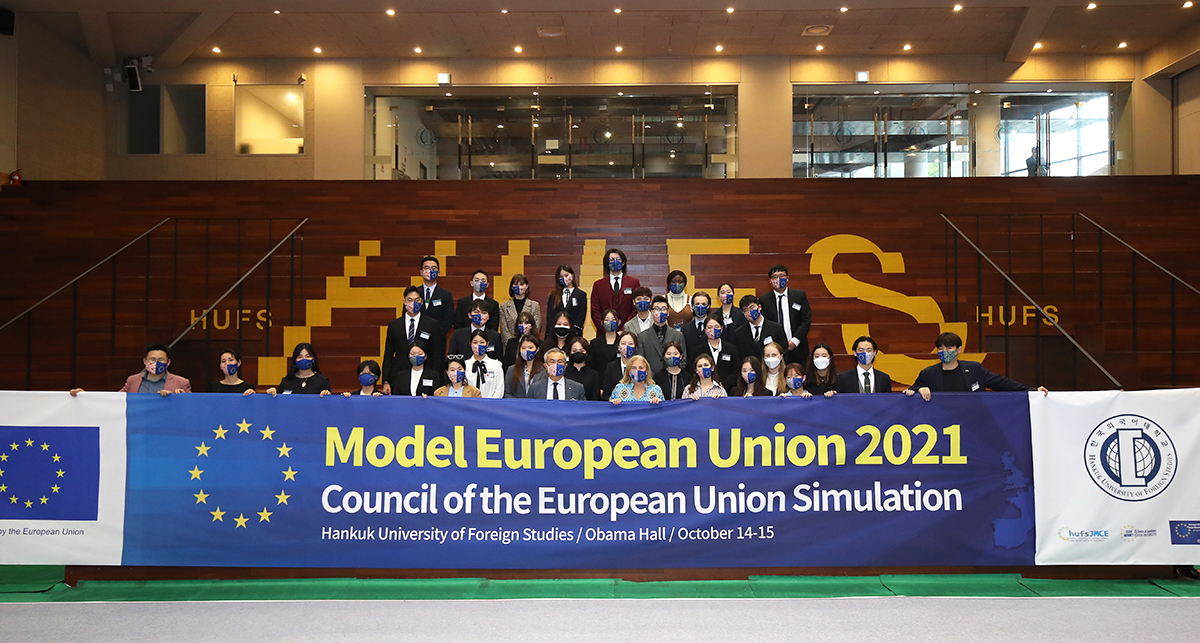