Where do we stand in inter-Korean relations and with North Korea? 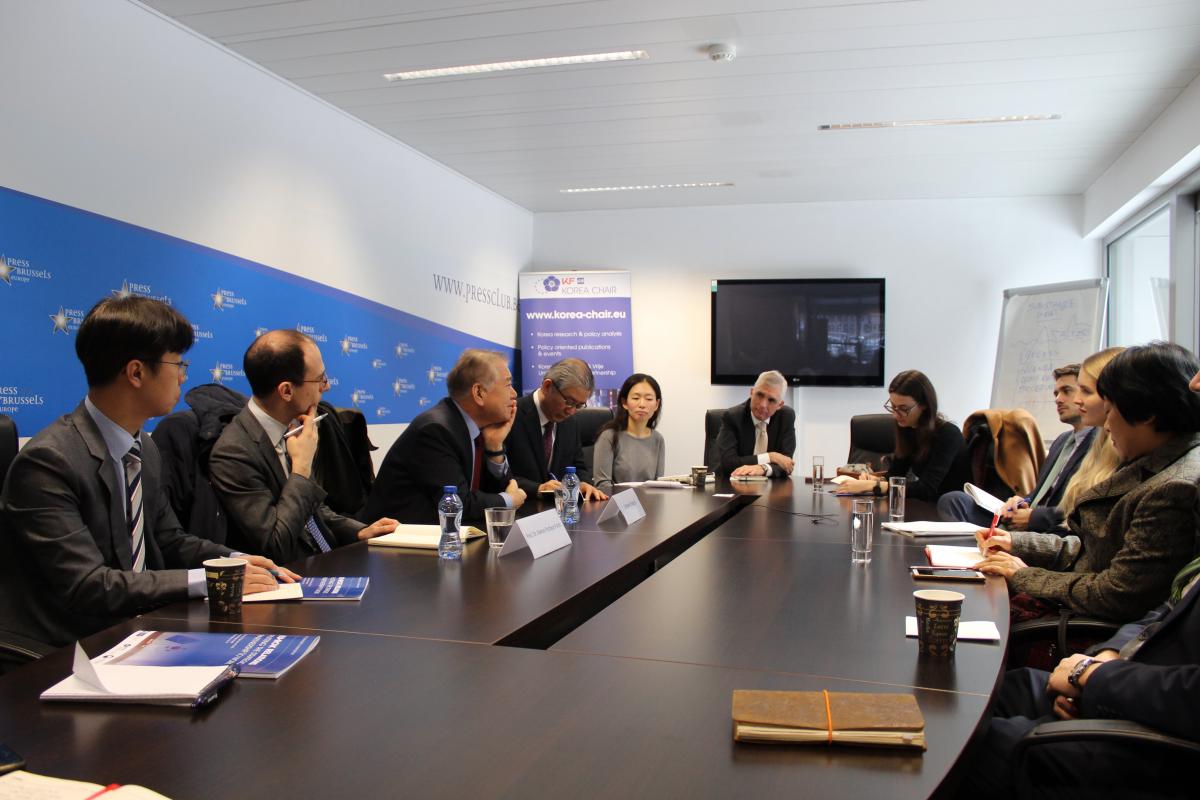 On 23 January 2019, the KF-VUB Korea Chair organised a breakfast roundtable and discussion on ‘Where do we stand in inter-Korean relations and with North Korea’. Welcoming remarks given by Prof. Dr. Ramon Pacheco Pardo, KF-VUB Korea Chair at the Institute for European Studies (VUB), were followed by an introduction by Prof. Dr. Moon Chung-in, Special Advisor for Foreign Affairs and National Security to President Moon Jae-in and Distinguished Professor at Yonsei University, on the state of inter-Koreans relations and US-North Korea diplomacy.

The breakfast roundtable is part of a series of Brussels Korean Breakfast Roundtables organised by the KF-VUB Korea Chair on a quarterly basis. It is supported by the Embassy of the Republic of Korea to the European Union. The audience was primarily composed of EU and NATO policy-influencers, as well as European Missions’ officials in Brussels.

During the discussion afterwards, attended mainly by experts from the academic and think tank communities, Prof. Moon gave his assessment of the denuclearisation negotiations between US, North and South Korea and his expectations for a second Trump-Kim summit. Prof. Moon suggested that the European Union should play a role in the rapprochement and denuclearisation of the Korean Peninsula and, thus, be consulted from the start during this process. Having uniquely attended the inter-Korean summits in 2000, 2007 and April 2018, Prof. Moon noted a positive development over the years, that is, North Korea’s expectations have become less idealistic and more practical. South Korean President Moon Jae-in believes that an incremental roadmap, which outlines step-by-step concessions from all parties, is the only way to keep talks going with North Korea. Seoul and Pyongyang are therefore adopting the same approach, that of peace first, denuclearisation later.

To read more, follow this link to find a summary of the event. 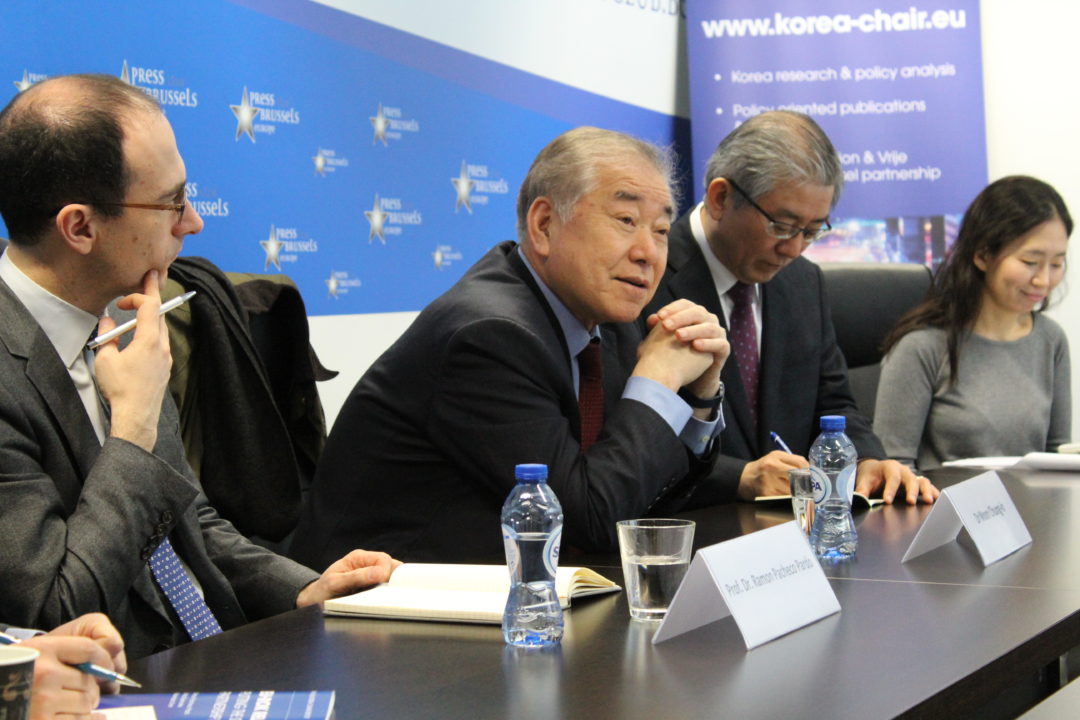 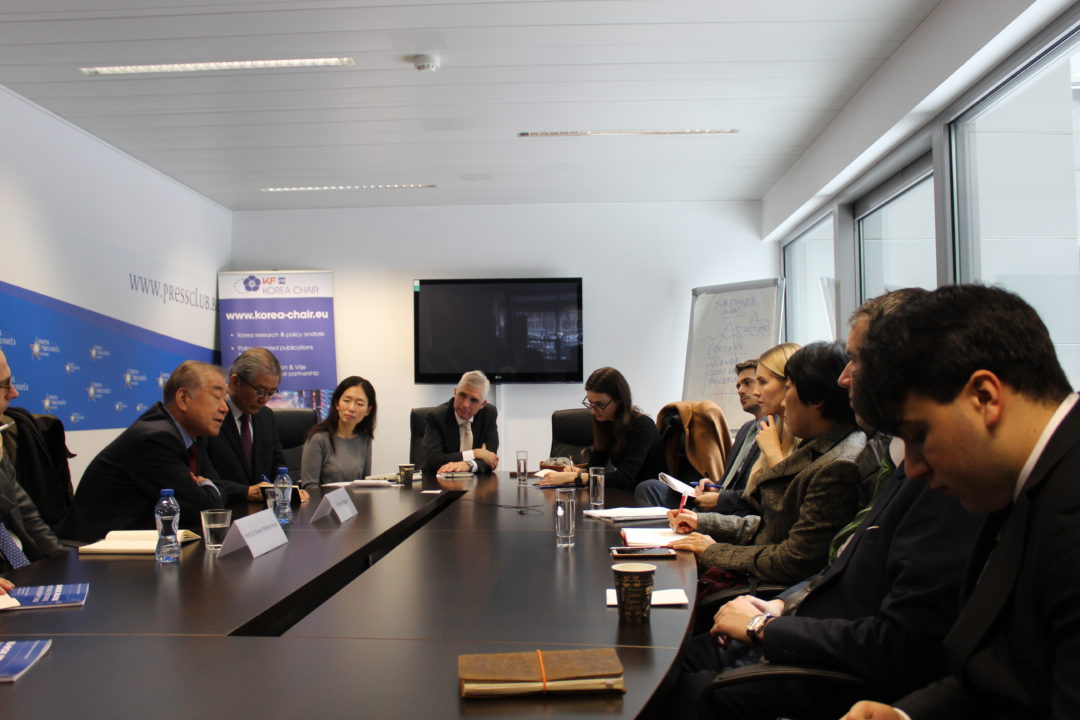