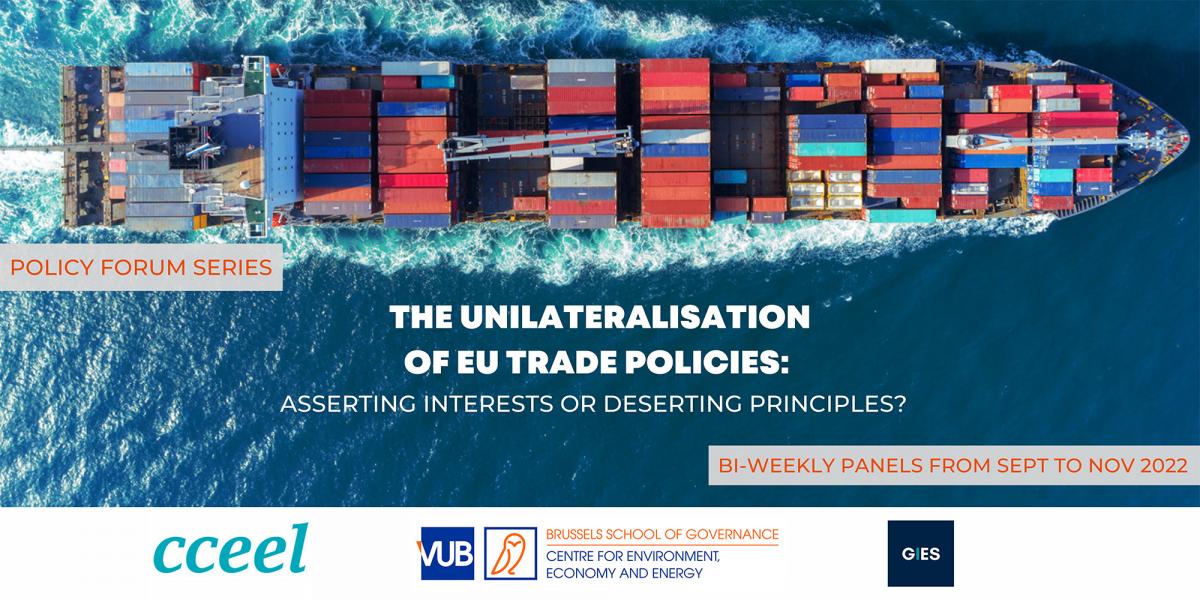 The European Union has recently launched multiple new trade policy measures. They are attracting considerable attention both within the EU and amongst the Union’s trading partners and resonate closely with the Union’s new “more assertive and sustainable European trade policy”, introduced early 2021. The initiatives are seen by many as aimed at increasing the Union’s strategic autonomy; defending European values and interests in a world that is increasingly geopolitical. Concerns over secure supplies have only exacerbated as a consequence of the Russian war on Ukraine. The new trade measures however also have the objective of leveraging the EU’s economic power with its trading partners in sectors beyond trade, such as labour standards and environmental sustainability. Are we thus witnessing in the EU a shift away from multilateralism towards more defensive, unilateral policies? Is such a unilateralist shift blending trade with other policies? How are these new measures portrayed by the European Commission and the European External Action Service? What are the reactions from the EU’s trading partners?

The 3E Research Centre of the Brussels School of Governance, the Ghent Institute for International and European Studies and CCEEL of the University of Eastern Finland are organising a series of public policy forums with distinguished experts to discuss the rationales, functioning and potential consequences of the EU’s new trade policy measures. The series will start with a general opening session that introduces the series, and will then continue in three thematical sessions in a bi-weekly format (16.00-17.30 on Thursdays), scrutinising in detail the key measures.

2) Unilateralisation and a level playing field

Thank you for your participation in the discussions!