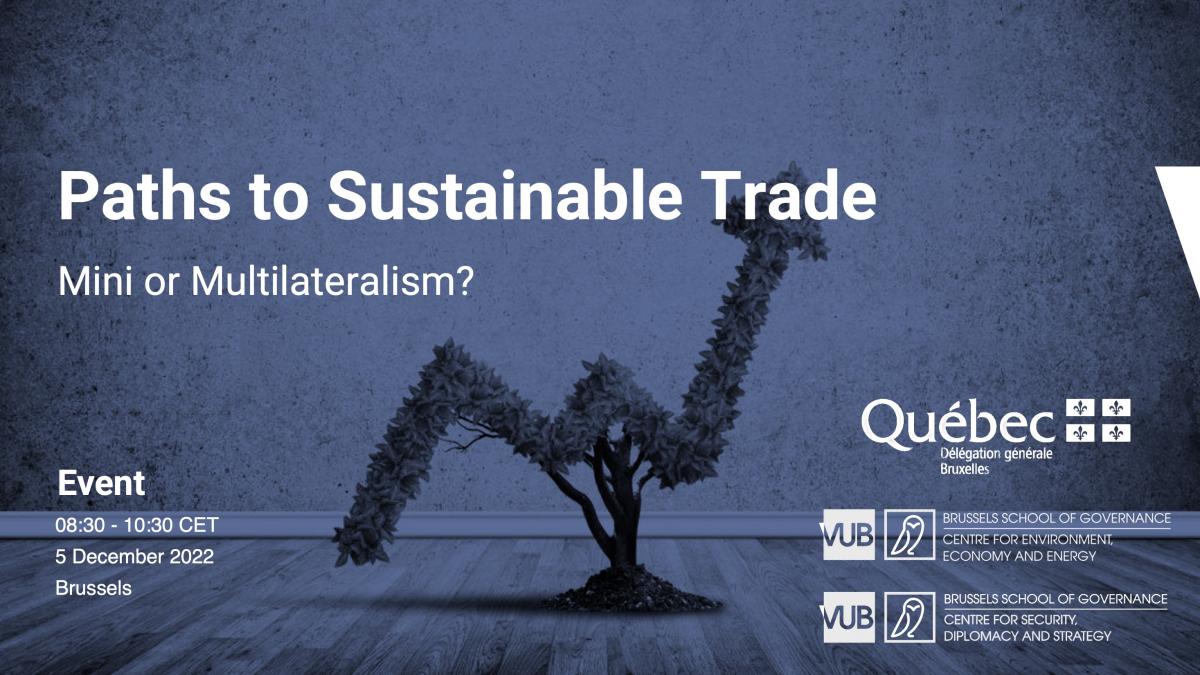 Since the early 2000s, the World Trade Organization (WTO) has undertaken discussions on how to square the circle between trade and environment. Ever since, the promotion of sustainable multilateral trade agreements has been at the core of the WTO agenda.

However, there has been limited progress towards mitigating the negative externalities of trade on environment. Notwithstanding efforts to ensure that environmental provisions are systematically embedded in trade agreements, there is no legal mechanism to force reluctant states to join international environmental agreements or to prevent them from withdrawing from such agreements.

In parallel, the European Green Deal foresees increased synergies between the environment and the trade agendas and consistently links related efforts to EU strategies to foster innovation. The EU has also championed important climate objectives, such as the goal of reaching zero greenhouse gas emissions by 2050, and has pursued efforts at environmental innovation and fostering green exports.

As of late, the G7 leaders – gathered in Elmau on June 26-27 2022 – committed to a “highly decarbonized road sector by 2030, a fully or predominantly decarbonised power sector by 2035; and the the acceleration of the phase-out of domestic unabated coal power”.  They further promoted the idea of an open “Climate Club” to be implemented by the end of 2022.

The concepts of voluntary “cooperative approaches” to foster sustainable development, “climate club”, and “jointly take ownership” have increasingly taken ground as possible ways of systematically embedding sustainable development goals in trade agreements, such as, for instance, the EU-Canada Comprehensive Economic and Trade Agreement (CETA), which explicitly commit to environmental protection.

How viable and effective are these minilateral practices? As of late, countries such as India, Russia and China have committed to undertaking a “green shift”. And yet, as the current war in Ukraine shows, these intentions remain dependent on wider strategic considerations.

This conference is organized by CSDS and the 3E Centre at the Brussels School of Governance in cooperation with the Délégation générale du Québec à Bruxelles (DGQB).

The conference will offer a platform to discuss the viability and effectiveness of minilateral trade arrangements as a means to promote climate mitigation and their potential role as a catalyst for nonparticipants. Policymakers, academics and business will come together to identify both possible incentives to widen cooperation and obstacles to such endeavors.

This conference will take place in a hybrid format:

10.15-10.30: Closing remarks by Karel DE GUCHT, President of the Brussels School of Governance, and former European Commissioner for Trade