Maritime Security in the Indian Ocean and the Future of the International Order: EU and Japanese perspectives 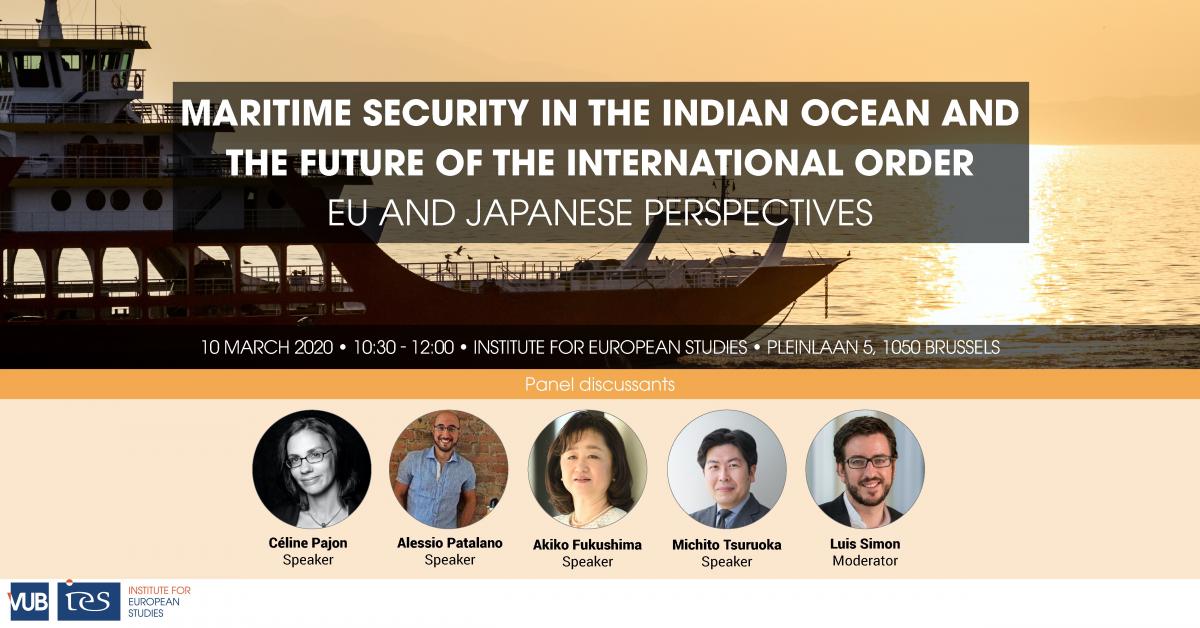 The Institute for European Studies invites you to the roundtable ‘Maritime Security in the Indian Ocean and the Future of the International Order: EU and Japanese perspectives' on Tuesday 10 March, from 10.30 to 12.00 PM. It will be followed by a standing lunch.

The signature of a Strategic Partnership Agreement (SPA) between Japan and the European Union (EU) on 17 July 2018 in Tokyo has set the foundations for a stronger security relationship between the two parties. As Brussels and Tokyo seek to capitalise on their SPA, maritime security in the Indian Ocean offers an invaluable opportunity to deepen their strategic ties.

Why maritime security in the Indian Ocean? The maritime domain is the artery of global trade; the glue that holds together the rules-based international economic and political order. Its security is therefore of upmost importance to Japan and the EU, whose economies are highly dependent on external trade and whose politics are deeply invested in the preservation of a rules-based international order. And the Indian Ocean region becomes particularly important in the context of EU-Japan security cooperation, for it is where the EU’s “extended neighbourhood” meets Japan’s concept of a Free and Open Indo-Pacific (FOIP). More broadly, the Indian Ocean lies at the crossroads of China’s Belt and Road Initiative, Japan’s vision of a Free and Open Indo-Pacific, the grand strategies of India or the United States, and the EU’s own connectivity vision. As such, we see a number of visions of world order that center on the Indian Ocean region which are partly competing and partly complementary. Arguably, this is the one region where most relevant world powers meet more directly, and where the battle for the soul of the international system is being largely fought.

In order to address the above questions, this public roundtable will bring together four prominent experts from Japan and Europe.

Please register here and find the programme below.