The global implications of the Ukraine war: views from Europe and Asia 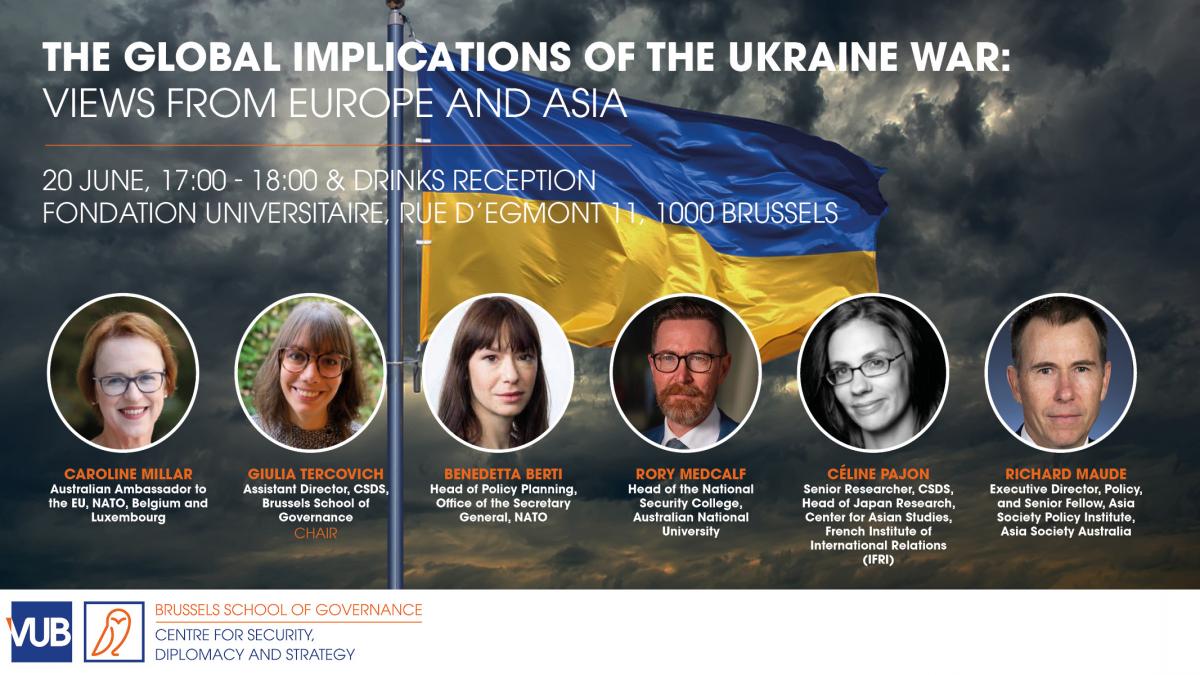 The war in Ukraine is likely to have important security ramifications across the world. In Europe, there's been much debate about Ukraine representing a Zeitenwende or ‘turn of times’: Germany and other European countries have announced significant increase in defense spending, Finland and Sweden appear set to join NATO, and the Alliance itself is set to move from a tripwire posture to a more robust forward presence in eastern Europe to bolster deterrence against a revisionist Russia. For its part, the EU seems to be awakening to the crude realities of an increasingly competitive strategic environment. But Ukraine's ripple effects go beyond Europe. Russia’s invasion of Ukraine has prompted the mobilization of countries like Japan, Australia or South Korea, who have joined the sanctions imposed by the United States and the European Union, and provided their own support to Ukraine. Moreover, Asia is increasingly confronted with its own ‘Ukrainian question’. Russia's invasion has triggered multiple debates about the likelihood of a similar event in Taiwan, and speculation about the possible international response. Key regional players seem ready to abandon their strategic taboos. Most notably, President Biden recently asserted in Tokyo that the United States would defend Taiwan militarily if it came under attack by China. For their part, countries like Japan and Australia are increasingly wary of Chinese revisionism, and are strengthening their security ties with the United States and other regional partners.

In what ways may the war in Ukraine - and the need to focus on the security situation in Eastern Europe  - impinge on the debate of a European role in the Indo-Pacific? Is Russia's aggression against Ukraine leading to the end of strategic ambiguity vis-à-vis Taiwan? To what extent might the international response to Russia's aggression of Ukraine affect China's own calculus vis- à -vis Taiwan? Does the war in Ukraine highlight the limitations of ‘a partnership without limits’ between China and Russia or the starting point of an even closer entente? To address these questions and reflect on the global implications of the Ukraine war, CSDS is hosting a public event featuring prominent experts from both Europe and Asia.