Cold shoulders or warm welcomes? Challenges and opportunities for the EU’s arctic policy. 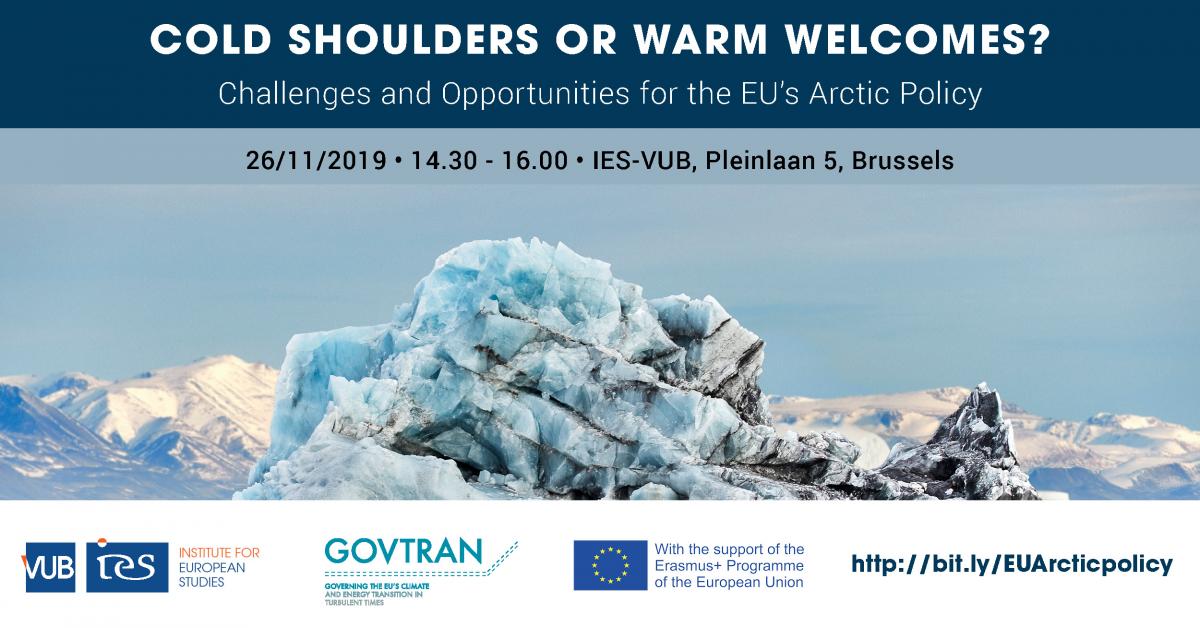 The Arctic region is transforming at an ever-increasing rate, and has a profound impact on the globe. The ice cover of the Arctic Ocean and the Greenland ice sheet are melting. As the darker ocean surface is revealed and left absorbent to sunlight, permafrost is melting and marine pollution from far-flung corners of the world make their way to the Arctic, the region is affected by the world and simultaneously has a fundamental impact on earth systems. Global political interest is increasing, driven by efforts to conserve the unique environment and by economic development, but also by high politics. Situated between Russia, Europe and North America, and with increasing Asian interest, the Arctic has been a remarkably cooperative and peaceful region. Similar to environmental dynamics, however, the region is not insulated from global political developments, and a changing international system is felt also in the Arctic.

The EU has a strategic interest in the region on its northern doorstep. Parts of northern Sweden and Finland are inside the Arctic Circle, Greenland is tightly associated with Denmark, and Norway and Iceland – two close EEA partners – are central Arctic powers. Though it has not always been a smooth path, the EU is emerging as an Arctic actor with a strong interest in sustainable development, connectivity and research and development. With the rapid changes in the region, the dedicated Joint Communication on integrated EU policy from 2016 may soon be due for revision.

Sometimes forgotten and often misunderstood – as witnessed by a recent statement regarding the possibility of “buying” Greenland – having an informed understanding of the dynamics shaping the Arctic region is more important than ever. Join us on 26th November to understand the challenges and opportunities facing the EU’s Arctic policy.

Ambassador Marie-Anne Coninsx recently retired from the post of EU Ambassador-at-Large for the Arctic, which she held from the establishment of the position in 2017. Ambassador Coninsx has been as an EU official for 35 years, including 16 years of postings abroad, including serving as EU ambassador to Mexico (2009-2013) and Canada (2013-2017). Coninsx studied law at Gent University, and did postgraduate studies specialising in international law and European law respectively at Cambridge University (UK) and at European University Centre in Nancy (France).

Dr Andreas Østhagen is a Senior Research Fellow at the Fridtjof Nansen Institute in Oslo, Norway, and a Senior Fellow and Leadership Group member at The Arctic Institute, Washington D.C. From Bodø, North Norway, Andreas has been concerned with Arctic-related issues for a decade. Currently, his work focuses on maritime disputes and resource management in the north and beyond, under the larger framework of international relations and Arctic geopolitics. Andreas holds a PhD in International Relations from the University of British Columbia.

Mikael Janson is Director for North Sweden European Office and is currently coordinator for the Northern Sparsely Populated Areas network, representing 14 regions in northern Sweden, Finland and Norway. Mikael has been serving as City Commissioner in the City of Gothenburg and acting substitute in the Swedish Parliament. He has also hold managing positions in municipal government and private sector (SME). Mikael have studied technical engineering and holds a Master of Science in Business Administration and Communication.

This event is organised in the context of the Jean Monnet Network ‘Governing the EU’s Climate and Energy Transition in Turbulent Times’ (GOVTRAN) pursued with the support of the Erasmus+ Programme of the European Union.