For a long time, it could be said that China, unlike Russia, sought to be loved rather than feared; that it wanted to seduce and project a positive image of itself in the world, or to inspire admiration. Today, Beijing has not renounced to seduce, nor its overall attractiveness and its ambition to shape international standards, and it is essential for the Chinese Communist Party not to lose face. And yet, Beijing is also increasingly comfortable with infiltration and coercion: its influence operations have become considerably tougher in recent years and its methods are resembling more closely the ones employed by Moscow. This is a “Machiavellian turn” inasmuch as the Party-State now seems to believe that “it is much safer to be feared than to be loved,” in the words of Machiavelli in The Prince. This is a clear Russification of Chinese influence operations.

This report delves into this evolution, with the ambition to cover the whole specter of influence, from the most benign (public diplomacy) to the most malign methods, that is, interference (clandestine activities). To do that, the report is divided into four parts: successively laying out the main concepts; the actors implementing these operations, including the Base 311 of the People’s Liberation Army; the actions conducted by Beijing toward the diasporas, the media, diplomacy, economy, politics, education, think tanks, and in terms of information manipulations – some levers among others; then, several cases are studied (Taiwan, Singapore, Sweden, Canada, the operations that targeted Hong Kong protestors in 2019, and the one that branded the Covid-19 as an American fabrication in 2020). The conclusion returns to this “Russification”, which has three components: Beijing is inspired by Moscow in several ways, there are obviously differences between the two, and there is also a certain degree of cooperation. Finally, the report assesses the effectiveness of this new Chinese posture, which can boast some tactical successes, but constitutes a strategic failure.

The report can be found here.

The event will take place at the Brussels School of Governance, Pleinlaan 5, -1 floor, 1050 Brussels in the Lisbon & Rome room. 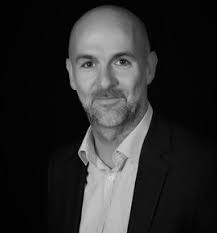 Paul Charon is the director for “Intelligence, Strategic Foresight, and Hybrid Threats” at the Institute for Strategic Research (IRSEM). He holds a PhD in Political Studies and Chinese Studies from the School of Advanced Studies in the Social Sciences (EHESS, Centre d'études sur la Chine mo-derne et contemporaine) and an MBA (HEC). He was trained in Chinese Language and Civilization (Paris Diderot University and Beijing Language and Culture University, BLCU), Rhetoric (Harvard, Paris-Nanterre University), and Law (Panthéon-Assas University). Prior to joining IRSEM, he worked for more than ten years as an intelligence analyst and then as a strategic foresight adviser for the French Ministry of Defense. He was an associate researcher at the Franco-Chinese Humanities and Social Sciences branch of Tsinghua University in Beijing for three years. His research focuses on China (intelligence services, informational warfare), intelligence analysis, and on developing methodologies to anticipate strategic surprises. He currently prepares his habilitation thesis to supervise research (habilitation à diriger des recherches) and teaches at Sciences Po Paris, Sciences Po Saint-Germain-en-Laye, Panthéon-Assas University, as well as the Institute for Higher National Defense Studies (IHEDN), and Rey Juan Carlos University in Madrid.
He tweets at @PaulCharon. 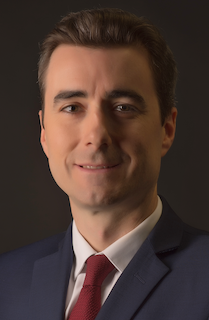 Jean-Baptiste Jeangène Vilmer is the Director of the Institute for Strategic Research (IRSEM). Trained in three disciplines - Philosophy (Bachelor, Master, Ph.D.), Law (Bachelor, LL.M. postdoctorate) and Political Science (Ph.D.) - in France and abroad, he was previously a policy officer on Security and Global Affairs at the Policy Planning Staff (CAPS) of the French Ministry of Foreign Affairs, a postdoctoral researcher and lecturer at McGill University's Faculty of Law, a lecturer in the Department of War Studies at King's College London, a Post Graduate Fellow at Yale University, and an attaché to the French Embassy in Turkmenistan. Honorary Ancien of the NATO Defense College, he is also a nonresident Senior Fellow at the Atlantic Council's Europe Center and he teaches at Sciences Po's Paris School of International Affairs. The author of more than twenty books, and recipient of many distinctions (including the Maréchal Foch Prize of the French Academy and being a Munich Young Leader), his research focuses on international relations and new forms of conflictuality. On hybrid threats and information manipulation, he has published several reports: Information Manipulation (CAPS/IRSEM, 2018), The 'Macron Leaks Operation (IRSEM/Atlantic Council, 2019), Effective State Practices Against Disinformation (European Centre of Excellence for Countering Hybrid Threats, 2021) and Information Defense (Atlantic Council, 2021).
He tweets at @ieangene_vilmer.