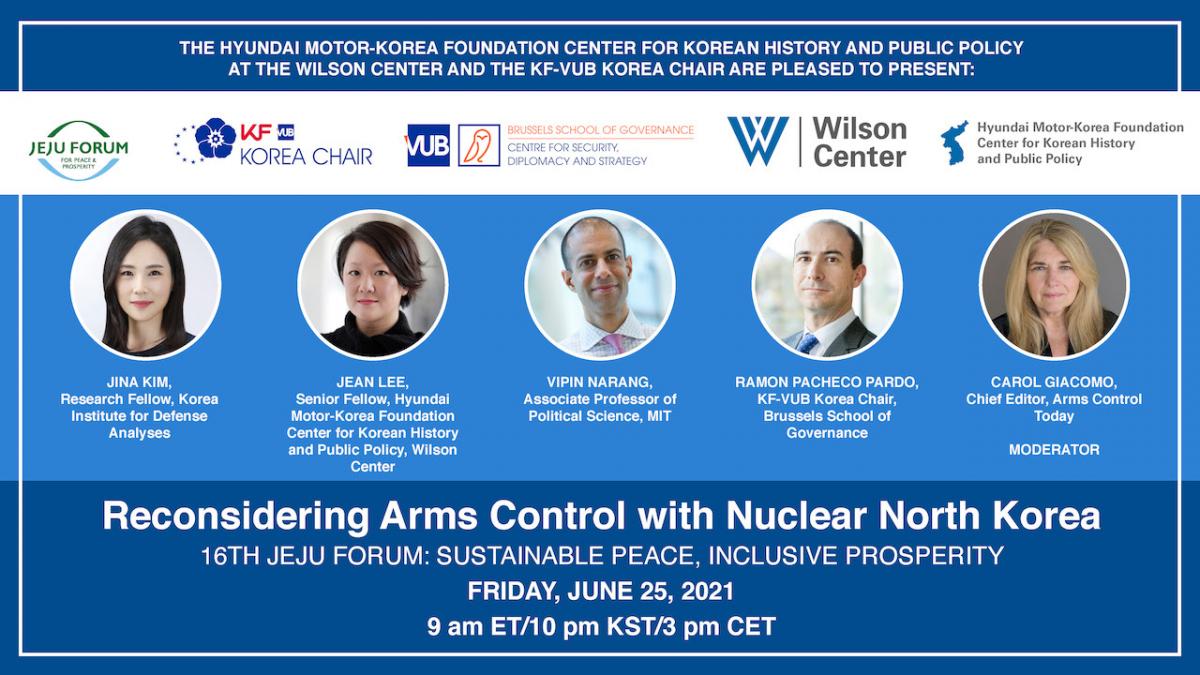 North Korea conducted its first nuclear test in 2006. Fifteen years later, Pyongyang is in possession of an estimated 30 to 60 nuclear warheads, which its missiles can potentially carry all the way to the White House. The Biden Administration is the fourth in a row in the US that has to contend with a nuclear North Korea. Both sanctions and negotiations have failed to solve the North Korean nuclear conundrum. And as long as North Korea’s nuclear weapons programme continues to be a problem to solve, peace on the Korean Peninsula will be but a dream. Could an arms control deal be the key to the resolution to North Korea’s nuclear issue and unlock peace between the two Koreas?

This session is part of the 16th Jeju Forum for Peace & Prosperity. You can follow the livestream in the video below: