15th Jeju Forum for Peace and Prosperity: The Korean Peninsula After the US Election 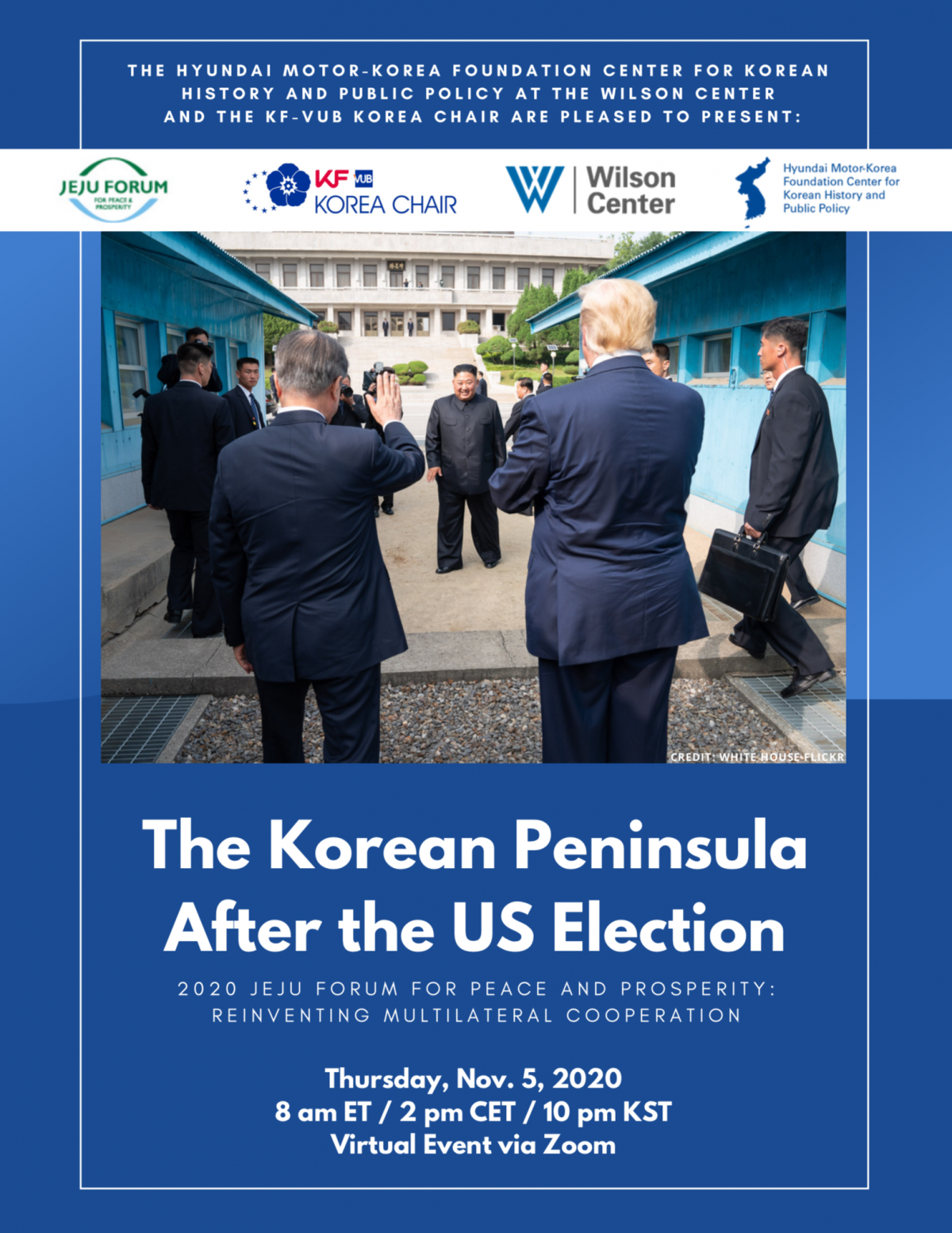 President Donald Trump’s first four years in the White House sparked dramatic shifts in diplomacy in Northeast Asia, including historic summits with North Korea’s Kim Jong Un, protracted military negotiations with South Korea and rising strategic competition with China. What could the next four years look like for Asia if he is re-elected? And what changes and challenges might we anticipate if former Vice President Joseph Biden wins the November election?

As Americans head to the polls, experts from the United States, South Korea and Europe examine how foreign policy in the region will be impacted by the person who takes the White House in January 2021. Whether President Trump wins a second term or former Vice President Biden seizes the presidency, the Nov. 3 presidential election is bound to have a deep impact on the Korean Peninsula, including how to rein in North Korea’s nuclear ambitions, navigate a rising China and restore fraying alliances.

Joining us for this discussion are Joseph YUN of the U.S. Institute of Peace who is a former U.S. special representative for North Korea policy and deputy assistant secretary for Korea and Japan and has worked in both the Obama and Trump administrations; Jean H. LEE, a former AP journalist who opened the news agency’s Pyongyang bureau; KIM Joonhyung, chancellor of the Korea National Diplomatic Academy; KIM Jiyoon, political analyst and talk show host; and Ramon PACHECO PARDO, Korea Chair at the Institute for European Studies, VUB.

This event is organized by the KF-VUB Korea Chair and Wilson Center’s Hyundai Motor-Korea Foundation Center for Korean History and Public Policy as part of the 2020 Jeju Forum for Peace and Prosperity: Reinventing Multilateral Security.