Episode 41: South Korea: The Tech Powerhouse on the Cyber Frontline

In any list of influential tech powers in the world, South Korea would undoubtedly be near the top. In this episode we delve into how the country achieved this status, transforming the nature of its economy and producing global industry leaders like Samsung and LG Electronics. But we’ll also look to the future, and at how South Korea is working with the international community to build up the world’s tech infrastructure. How is Seoul cooperating with other regions and countries when it comes to issues such as regulating the internet? How are issues of data collection and privacy being received in Korean society? Like most globally connected powers, South Korea is also highly attuned to the risk of cyber attacks - particularly given its volatile neighbour North Korea.

We are delighted to have Dr Michael Reiterer, former EU Ambassador to the Republic of Korea and a Distinguished Professor at CSDS, Brussels School of Governance, on the show. He has specialised in EU’s relations with Korea and Japan during his career, particularly in the security realm. Also joining us is Dr Robyn Klingler-Vidra, a Reader in International Political Economy at King’s College London, whose research has focused on how East and Southeast nations have developed their tech sectors.

Listen to the podcast episode 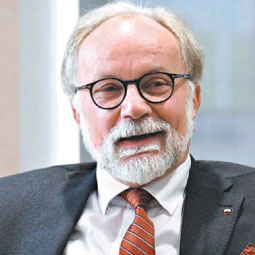