What makes electronics for general use, also known as ‘consumer tech’, so widespread and ubiquitous? Four things: simplified interfaces designed to quickly meet the demands of users, the consequent instant-gratification of their needs, singularity (products designed on the needs and expectations of single users) and gratuity. These features, however, come at a cost. Consumer tech’s products and services are, on average, qualitatively lower in comparison to their analogical – or professional – counterparts. The images we share on social media, the songs we listen through streaming services, the news we read via RSS feeds, online newspapers, blogs, and podcasts are all qualitatively rounded down.

As consumers, we may accept standardised low-fi technology, and adapt to the trade-off between rapid gratification and lower quality. However, this compromise becomes unacceptable when we think of us as citizens interacting with public entities via online platforms or other digital means. Digital government is antithetical to consumer technology on three grounds. First, digital public services must necessarily stay inclusive. Consumer tech instead can be – and often is – exclusive. Second, public regulation is designed after durability, while consumer tech plans its obsolescence. Third, and finally, virtual democratic spaces differ from consumer tech in terms of reliability. Consumers may always opt out and adopt cheaper alternatives – citizens don’t.

Higher complexity, extended duration, and lower accessibility are passively acquiesced by many of us as far as the analogue, offline, public decision-making is involved; however, our acceptance quickly turns into frustration when we relate to, and engage with, digital public services. It is as if we expect our digital institutions to be easy to interact with, and capable of responding both immediately and effectively to our demands.

Why does this happen? And wat are the consequences? In his new book Gianluca Sgueo analyses the impact that ubiquitous consumer technology has on how we think (and imagine) of our relationships with technological products and services. He criticizes the widespread rhetoric of digital governance as paradigmatic of effective governance. The idea of undifferentiated, easily manageable, cost-free public governance through technology is so popular that it is almost unchallengeable. The consequences - claims Sgueo - are plain to see. While digitalised public services are becoming more sophisticated and structured, they actually deliver unexpected and undesirable results: to frustrate the expectations of participants and discourage them from participating.

Sgueo suggests to abandon the idea that digital public services are fast and easy to enjoy, and to downplay the suggestion that digital decision-making can only be effective when it delivers rapid and successful responses to the issues of the day, regardless of its complexity. He claims that instead public authorities should develop a storytelling approach to digital government that shifts the focus from immediacy to complexity. 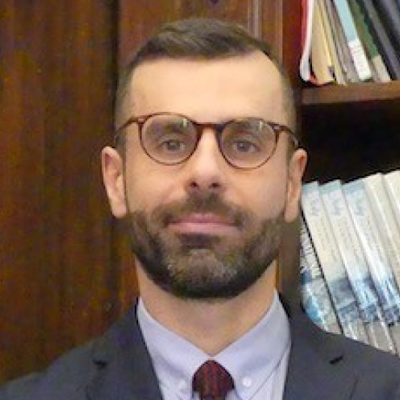